She shares some learnings from some of Africa’s Leaders after the Inaugural Obama Africa Leader’s Convening in Johannesburg, July 2018

On Freedom day, the 27th of April 2018, I received an e-mail from The Obama Foundation. The first sentence read, “Congratulations! You have been selected to be a part of the 2018 class of the Obama Foundation Leaders Program!” 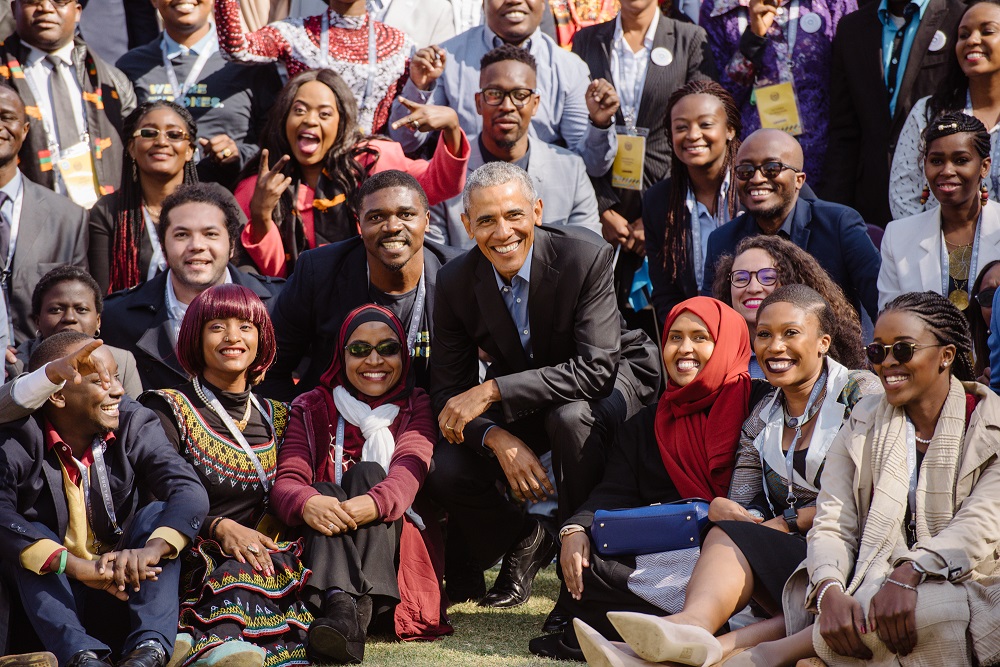 Excuse me? What? Are You Being For Real? Get Outta Here!… You get it! I was beside myself and in disbelief.

Almost a month since the convening of 200 #ObamaLeaders from 44 African countries and the euphoria is still real my friends. I’ve been thinking about how best to capture my experience to date but have resorted not to. Why? I’m still experiencing! As I write, I just got out our first webinar by Rowan Belchers titled “Genius Leader”, so for now I think I will use this article to share some learnings and bombs that were thrown my way in the form of wisdom by the most phenomenal African icons of our time. Ahead of doing so however, I will share that what I have come to realise is that leadership, much like success, is more a journey than it is a destination. It is more flexible than it is rigid. It is more about others than it is about me. Certainly more about what you do than what you are. Lead anywhere and everywhere, with or without the title. Serve!

Didn’t Dr Mo Ibrahim deliver some serious bars as he took us through his life journey? I was in awe of his honesty and the clarity with which he shared that although a successful (trying to find a word greater than successful) businessman, it was never in his plans as a research engineer. This from a man who designed the first cellular network in the UK in 1983… It would have just been easier to say he had it figured out from the beginning and it was always in his plans to take over the telecommunications industry. But No! That would be too self-serving and uncharacteristic of the true and honest leader he is.

Dr Ibrahim said he heard or read somewhere that leadership means “last to eat, last to sleep and first to die”. But here is some advice from what he learnt during his journey:

Leading in the face of adversity 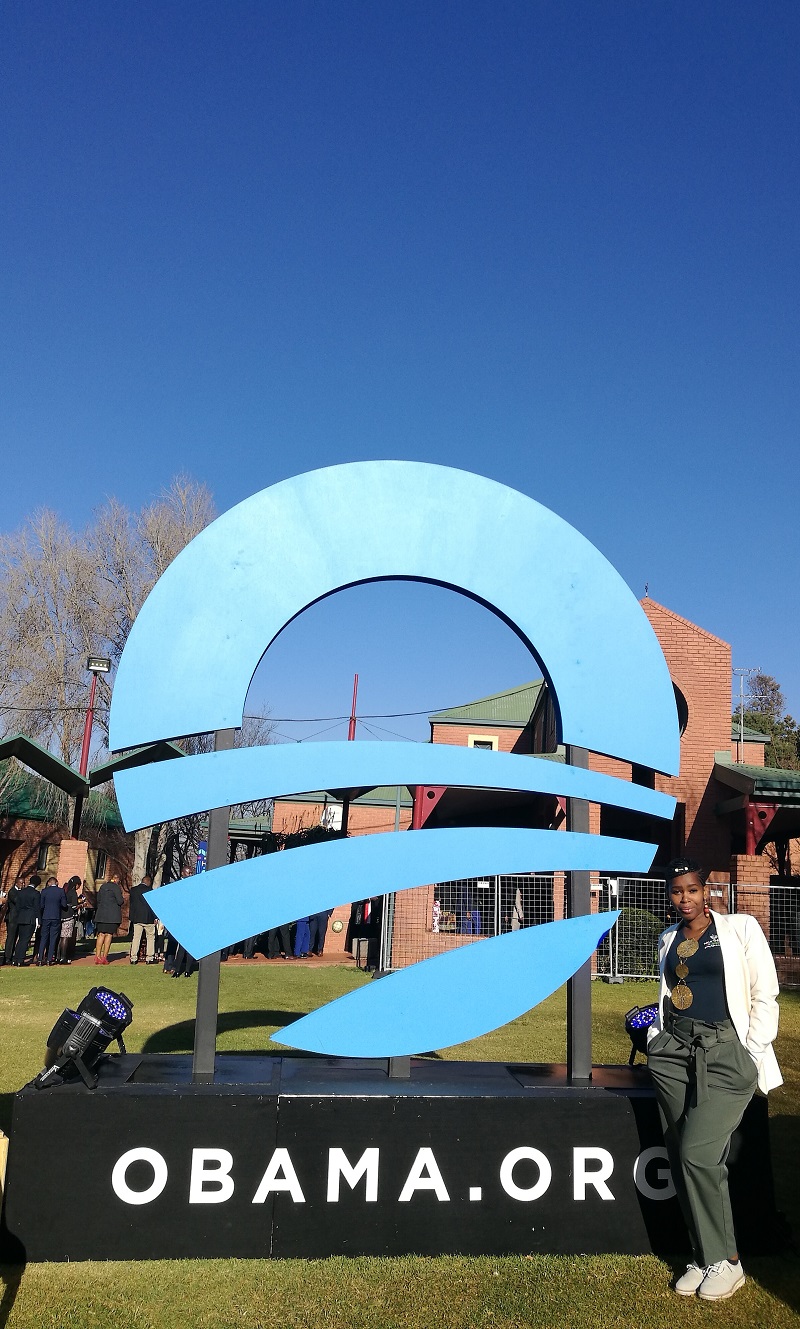 round as #TheFutureIsFemale. Because why not?! Mama Graca Machel, Professor Thulisile Madonsela and Honourable Minister Bogolo Kenewendo.

What stood out immediately was the multi-generational nature of these guests who were placed in this panel. Immediately, before anything was said challenging any stereotypes about females and so-called youth leaders.

This was the plenary that tackled from leadership to sexuality to gender roles all the way to challenging the defaming rumours such as young people are the leaders of tomorrow. NO!! “WE ARE THE LEADERS OF NOW,” said Minister Kenewendo calmly, without blinking once as if looking straight into the eyes of the governance gate keepers.

Professor Madonsela is the true embodiment of ethical leadership.  My goose bumps jumped out of my skin when her response to a question regarding her role as Public Protector was, “the public became protectors of the public protector”. The world stopped for a split second then started vibrating almost immediately. She is all I could see almost in slow motion but the mood in the room was loud in its silence. How does an individual arrive at that level of fearlessness – it’s unbelievable! If I was not following the story of the public protector I would have been a non-believer but how could I when I myself was the protector of the public protector. She is the epitome of “Doing the Right Thing” giving us hope of a corrupt free Continent.

What kind of leader must you be to inspire true confidence in the masses yet remain so poised in the delivery of your leadership? Prof gave an answer to this question when responding to another question from one of the leaders and said, “By keeping yourself in check. Having the discipline to focus on the mission even when distractions are created to deviate your focus”.

And then the Minister did that thing that no woman in leadership ever does out of the fear of losing their leadership roles or something. She went straight for the jugular and addressed the sexual passes and comments she receives from colleagues. She was blunt and fearless.  The hard thing about this hard thing is that it’s prevalent but never openly spoken about. She even went further to raise the room in applause when she said “A firm NO will not shut a door that is meant for you”. I wish young girls and women everywhere could hear this and believe it.

Can I just say that Mama Graca doesn’t have wisdom, she is wisdom! So I’m going to close the #TheFutureIsFemale section by sharing some pearls from mama Machel. She had the following insight and instructions for us:

This would become the session that affirmed if there was ever any doubt that women like men have the expertise, skill, drive and wisdom to contribute equally, as they have in the past, in the development of Africa. Rumour has it Industry 4.0 will require softer skills such as empathy which are today seen as more female attributes and even perceived as weaknesses in leadership. Perhaps the tide is turning in women’s favour [just thinking out loud].

The Future Of Africa: Elders Pass the Baton 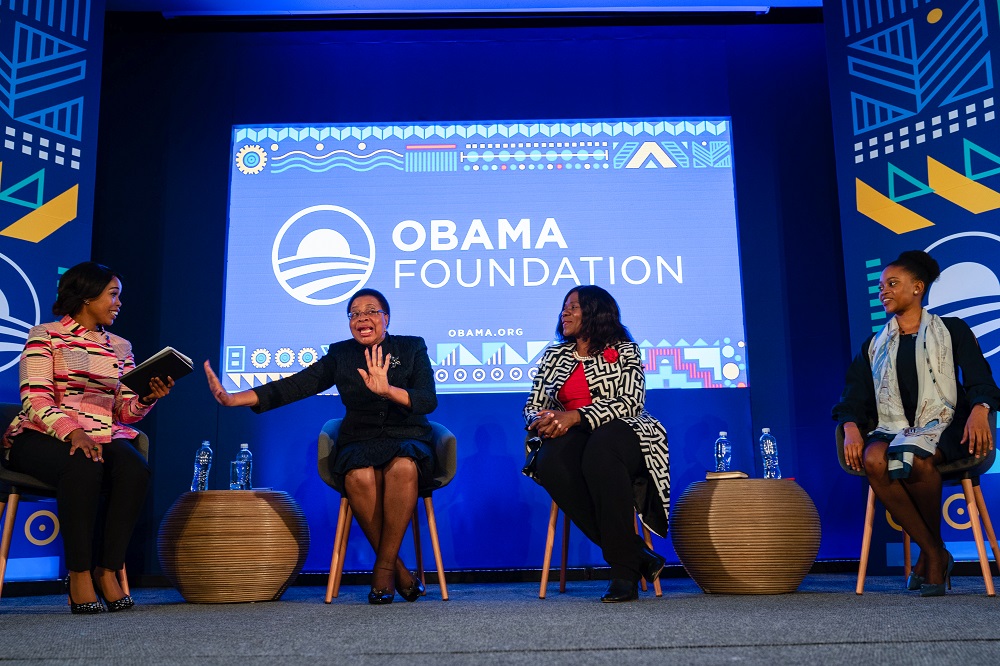 Graça Machel, Thulisile Madonsela, and Bogolo Kenewendo pariticpate in a session on “Leadership in the Face of Adversity” moderated by Nozipho Mbanjwa as part of the Obama Foundation Leaders: Africa program in Johannesburg, South Africa on July 16, 2018.
(Chuck Kennedy for The Obama Foundation)

At this point of the convening I began to feel my outlook on leadership change. What was initially sold to me by society as a package of perfection took on a different shape. A shape that could only be determined by the leader in me with all the weaknesses and flaws I possess. I was in the company of countless gigantic, by different leaders (including the 199 #ObamaLeaders) that I threw the notion of “The Model Leader” out the window. How could there be a model when there were so many leaders in the room, with their own leadership styles which have all in their own ways, created life changing impact in the spaces they occupy?

The colossal giant that is Baba Kofi Annan!

In a panel of elders consisting of Former United Nations Secretary Kofi Annan, Former Prime Minister of Algeria Lakhdar Brahimi and the first female President of Liberia mama Ellen Johnson Sirleaf, they passed the baton to the 200 #ObamaLeaders. How were we to know at that time, that a month later, Baba Annan would take his final bow? But before he did, he didn’t hold back on passing the baton to us thoroughly as if to say “Take it all and run with it”.

And he passed the baton alright… He got me at, “One is never too young to lead and never too old to learn”.

In my personal journey I have been threatened many a times by figures of authority, and when we experience something often enough, we may get into the habit of practising it. I had never really thought about threats much from a leadership stand point. This until Baba Annan said, “careful what you threaten with, it may be meaningless to the person you’re threatening”. I was intrigued by this statement and am still breaking it down into it’s molecular structures. In fact, it’s one of those that could be an article of it’s own. What strikes me about it is that it’s almost challenging you to determine for yourself as a leader if you should or shouldn’t threaten? If it’s good, bad or acceptable? Are leaders always aware when they threaten? It’s one of those things that I heard for the first time ever in my life and it stuck. I’m not sure why yet but I’ll figure it own with time.

What he emphasized over and over again as if to drill it into our heads and engrave it in our minds was the value of people, networks and relationships initially advising us to build teams. With the utmost sincerity as if to convince us as #ObamaLeaders to keep in touch and form friendships with each other, he acknowledged the difficulty of maintaining relationships. He even made reference to the variety of technological tools at our disposal through technology almost to gently hammer into us that there’s nothing preventing us from harnessing and building relationships.

I honestly didn’t think I needed convincing on this matter until he with his gentlemanly, stern tone, at a pace almost deliberately designed to capture me further he said the following, “Relationships allow the ability to continue crafting solutions tomorrow from where the conversation ended today. If you go at it alone, you start from scratch everyday”. And right there, I was convinced anew.

And with that my friends, I conclude.

I will return in a few with the title, “What I learnt from President Barack Obama”.

We would like to credit The Obama Foundation for the photographs

Thulile writes this article in her capacity as an Africa Obama Leader for the class of 2018.