The facilitator of the Nka’Thuto Research methodology workshop that took 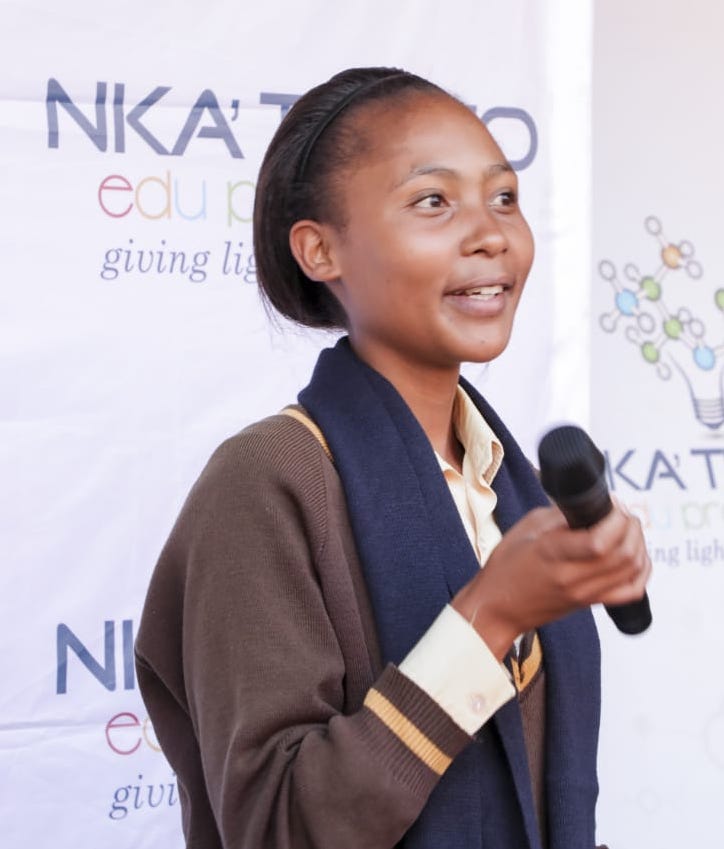 place in Ivory Park in April of 2017 walked over to a seemingly talkative Lerato Mogomane (16) and asked her, “What problem do you want to solve in your community?” She was never ready for Lerato’s response, neither was she ready for the robust discussion that ensued thereafter…
Lerato, who is currently in grade 12, lives in the densely populated township of Ivory Park situated in Midrand near Tembisa in Johannesburg with her mother and 2 brothers. The township with a population of 185 000 people is dominated by informal settlements which is where Lerato’s concerns originate. The challenge with informal settlements amongst many is that they are not well insulated especially in winter. To keep warm residents apply a form of plastic material around their homes in conjunction with a live fire source inside the home. This plastic material is highly flammable and often catches fire, causing the closely packed informal dwellings to burn down. This is the main contributor of the destruction of informal settlement communities especially during winter months.
Lerato, with the help of her older brother searched for and found a fire-resistant material that she proposed should be used in the development of informal settlements. She went further to test the material for it’s ability to withstand different weather conditions such as heavy rains and strong winds. When she was one of the finalist at the Nka’Thuto School level Innovation expo she was paired with a mentor, Mr. Njabulo Nkosi who is an architect. Together they had to increase the quality of Lerato’s project in preparation for the Nka’Thuto Final Innovation expo where finalists from all participating schools would compete for the ultimate Nka’Thuto Innovator Prize.

Positioned at the corner of a venue at the Freedom Park Heritage site where the Final Innovation Expo was held, Lerato remembers being restless and anxious because not a single judge had come to her station. This played on her emotions and resulted in her confidence levels being affected. As a result she did not think she would be announced as the Ultimate Nka’Thuto Innovator. The judges felt that she was confident and able to answer all the questions that asked her which showed the level of research Lerato put into her innovative solution. Lerato won prize money to the value of R3000 which she will use to apply to universities. Looking at her interest and strengths in STEM subject, she has identified biotechnology, nuclear medicine and construction management as the professions that would suit her best.

She says she wants to change and impact peoples lives. She cited a desire to contribute to improving people’s quality of life and standard of living. She paused as if to share how she would achieve this but uttered the words, “I just don’t know how yet”. In my mind and I’m sure yours, she’s not aware yet but right there, during that pause, she started gathering the tools to make the difference she desires to see in the world.

We will keep an eye on this young innovator and edupropeller as she continues to discover the strength in her.

Agnecia Mokoena (18) – The leader in the making 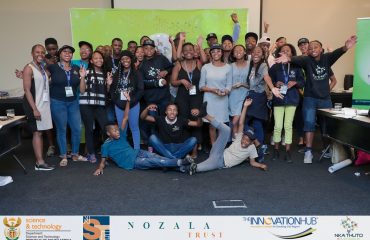 Problem solving through technology and innovation is key…